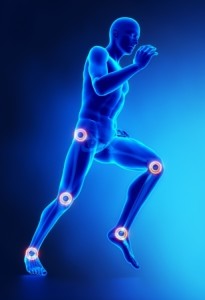 Arthritis starts with occasional pain in the joints and as the time passes, the joints start to deteriorate at an abnormal rate. People who have arthritis often suffer from the disfigurement at the joints like twisted fingers etc. The chances of recovering from arthritis and regaining fully functional joints are also very small.

While there may be simple problems related to the brain and nervous system like stress and depression, extreme conditions can also occur e.g. tumuors and other cancerous growth. People suffering from problems related to the brain may be affected in a number of different ways including lose of sensibility, premature growth of the brain, learning disabilities and several other issues.

The abnormal cell production that occurs in cancer brings about a disruption of balance that can result in very serious problems, even death. Breast cancer is one of the most common types of cancer present today and the research to find cures is still ongoing.

With the phenomenon of allergies and changes in the weather, there are several commonly known ENT problems that we see occurring around us every day. These problems include flu, sore throat and in some cases ear infections too. Patients may feel nauseated, devoid of sensation to a certain extent and even fall ill.

The different problems that may arise in the endocrine system include hypo secretion of hormones, hyper secretion of hormones or in severe cases, the formation of tumuors on the glands. While disorders in each gland would result in its own symptoms, one thing that must be noted is the fact that a disruption in hormonal balance of the body can result in serious problems that could be both physical and mental.

Diabetes is a very severe condition that occurs when the body is unable to process the glucose in the body. The reason for that is the lack of insulin production and when that happens, the patient gets several symptoms that include an incredible amount of thirst and an abnormally high urine production.

Problems that may be caused to the eyes can either be from physical damage or a defected development of the eye structure. The damage can lead to several problems and among the serious problems cataract is the most commonly seen. The result is a loss of vision as the lens gets clouded with the passage of time. Other problems can include a lack of development of the optic nerve or a genetically degraded vision, both resulting in the loss or weakness of vision too.

Among the many problems related to the heart, cholesterol is the most commonly occurring one due to a general inclination towards bad eating habits. People suffering from heart diseases are not only unable to perform physical activity properly they are also at a huge risk of having a heart attack which can be fatal.

Kidneys perform the most important task of keeping our body clean and a failure in kidneys can lead to several very serious problems. The kidney takes out all the harmful substances from our blood and when its function is affected, patients are at a risk of getting poisonous materials in the bloodstream which can be fatal.

Liver is the most crucial part of the body and a failure in its function can lead to severe repercussions, including death. The biggest problem discovered so far related to the liver is Hepatitis C and this results in an inflammation of the liver. Obesity can also cause problems in the liver and the list of symptoms that may occur is quite large.

Problems related to the lungs are usually caused due to external impacts like smoking and also a lack of movement. People with improperly functioning lungs can see serious loss of physical performance and in some serious conditions it can also lead to problems in the heart.

Asthma is a condition that results in the patients feeling spasms in their bronchi and this can result in difficult breathing and other respiratory problems too. It usually occurs due to allergic reactions or general hypersensitivity.

Pregnancy problems include miscarriages, onslaught of gestational diabetes and even preterm labour. The women facing these problems can suffer from physical disability, pain in the genital area, nausea and several other symptoms depending on the problem.

With hygiene being an issue in almost every corner of the world, external threats like bacteria can result in a wide range of problems that can lead to simple symptoms like stomach aches to more serious problems like lose stomach, anti-peristalsis and even bleeding.

To find out about the facilities that the UK government provides to its citizens, you can visit this link.